Quantum Physics and its Worldview

„Religion without Quantum Physics is an incomplete picture of reality.“ –Dalai Lama

In quantum physics, originally conceived for material objects, objects are depicted as objects of possibilities – waves of possibility. If you place an electron at rest in the middle of a room, the electron will not stay put according to Newtonian physics; instead, it will expand all over the room in a matter of moments. But if you set up a three-dimensional grid of electron detectors all over the room, not all the detectors will tick at once either. In one experiment, only one detector ticks. Only when you do many identical experiments, do you find that the electron does not appear in any one give place all the time like a force-free Newtonian particle; instead it appears all over the room with various pobabilities forming a bell curve.

Naturally, we interpret this to mean that the electron spreads but only in possiblity, as a wave of possibility outside space and time. When we measure, the wave of possibility becomes the particle of actuality; the many possible facets of the wave collapses to one facet.

So there are not one but two domains of reality – one for potentiality and one for actuality. The domain of actualities is space-time, of course; then the other domain must some how be „outside“ space and time. This idea is not entirely new. Mystics, especially Eastern mystics are talking like this for mellennia; for them the two realms are called transcendent and immanent. Pyschologists, in the form of what is now called depth pyschology, have the concept of the unconscous and conscious. It seems that for the third time in human history, we have discovered this essential truth and this time with the complete certainy of experimental data behind us.

But you know what? In the domain of potentiality, no signal is needed. The signal-less instantaneous communication via the domain of potentiality is called nonlocal. So through this non nonlocal domain, all things are interconnected. The separateness we expericence arises only because we ordinarily communicate via local signals. But once in a while, everyone has experiences of instantaneous communication like mental telepathy.

If there is nonlocal communication, there must be a casual field involved with it. The researcher Ervin Lazlo called this field akashic field, acknowledging the esoteric origin oft he concept (akasha in Sanskrit means outside space and time). But how do we get from this concept to consciouness?

You have to think of consciousness in a radically new way: consciousness is not separate from matter; neither is it made of matter, the brain neurons. Consciousness is the ground of being in which matter exists as waves of possibility. The quantum physics way to consciousness is analogous to what Easterners call „gyana“ (wisdom) path to spirituality.

In the short run, we could try to revamp Christianity and other religious traditions (as a part of quantum activism) by encouraging them to adapt the new science of spirituality in their practices to make themselves more effective and efficient producers of positive subtle and spiritual energy. In the long run, we should rid ourselves of the monopoly that religions enjoy in the business of values.

Quantum Physics and its Worldview (Pages 71-73 of the book Quantum Economics by Amit Goswami, PhD)

All texts by the author to Spirit Online

… Akuma is a scientist turned Motivational Speaker and Mentor in the Self-Development Industry. He holds a PhD in Natural Sciences with emphasis on Molecular Biotechnology. He has worked in academia and industry. Now, as a Speaker and Mentor, he uses the knowledge from science such e. g. from Quantum Physics and …

To the author profile 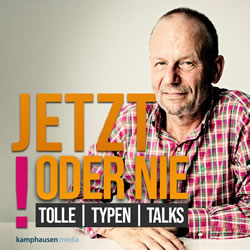 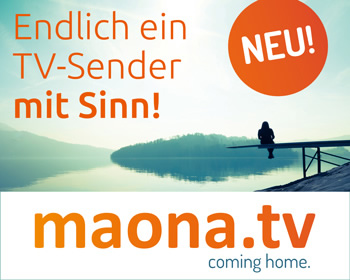 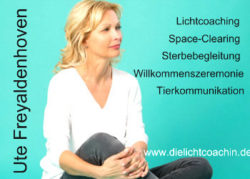