THE FIRST UNIVERSAL TRUTH: You are the creator of your reality

You are entirely the creator of your reality. Not just partly—all of it. You create it with your thoughts, feelings and beliefs.

At first, that seems outrageous, offensive or laughable, because we can instantly point to events that look beyond our control—our birth circumstances, our illnesses, our accidents, our oppressors, and that earthquake or hurricane that killed so many. And of course if we were to count only our present or recent conscious thoughts, then the first truth really would be nonsense. No one says to themselves, “I think it’s time I got mugged.”

So let me say the first universal truth more accurately. At mostly subconscious levels—starting before birth and fuelled by the accumulated gestalt of thoughts, feelings and beliefs that were once conscious—you create it all: every event, detail and nuance of your life.

Your highway is your fixed life parameters: parents, country, skin colour and so on, but also some pre-set milestones: a particular partner, a devastating illness, a great good fortune. You choose your lanes in every second of your waking life—with your thoughts. Your thoughts accumulate and become potent beliefs, the most powerful operating at subconscious levels and affecting your next choice. Little wonder that when something unpleasant happens, we think life has ‘done it to us’.

You are a part of the great Consciousness. You are a god-fragment who has deliberately forgotten your wholeness so that your adventures can be real. The day you live this truth and take conscious control of your thoughts is the day you declare your freedom and begin your mastery of life.

It’s also the day you cease to be a victim.

The first truth defies the laws of traditional science. But modern scientists, hunting for the fundamental building blocks of the universe, are discovering other laws. Here’s one: both the existence and the behaviour of subatomic particles depend on what is going on in the mind of the scientist. Yes, you read that correctly. It’s not a misprint and it’s not fringe science; it has been replicated many times.

The implications are stunning. As one science commentator put it, “Physicists these days are battling insanity.”

Traditional science assumes that consciousness arises from physical objects. In fact it’s the reverse, which Hindu teachers have known for more than 3,000 years. And the Buddha put it this way: “All that we are is the result of what we have thought. The mind is everything. What we think, we become.”

“Imagine a herd of horses, grazing in a field, a few in the sunlight, but most in the shadows of the nearby forest. Let the herd represent your accumulated thoughts, feelings and, above all, your beliefs, which have more power over your life than a hurricane. You raised every horse, feeding them thoughts in the stable of your mind, never knowing what powerful creatures they would become after they slipped quietly into the shadows. And the most powerful of all are completely in the dark—your invisible beliefs.”

Now you might ask, how can a belief be invisible? Surely if it’s a belief, you must be aware of it.

But that’s only true of your weakest beliefs. If you think that… then, yes, you’re aware of a low-power belief. If you believe that… then you’re aware of a belief with more power to direct your choices. However, if you know that… you see it as the truth and fail to recognize a potent belief that shapes your life. If you know that eating animals incurs karmic debt, you avoid the butcher. If you know that teenagers are trouble, you create parenting problems. If you know you will lose your faculties as you age, it is the knowing, not the age, that damages you.

And the most powerful of all your beliefs is the simplest: the assumption-belief. That’s a certainty so deep it seems nonsense to question it. Countless millions are steeped in assumption-beliefs that make their lives a misery. And yet all beliefs began with the accumulation of your thoughts. Many of those thoughts began before your birth, creating the highway of your life. The rest—those that determine which lanes you travel in that highway—are thoughts that you hold or once held in this lifetime.

Listen to this story from the Sioux Indian campfires.

An old man and his grandson are sitting by the fire outside the tepee, wrapped in furs and gazing into the leaping flames. High on a snowy ridge, a wolf howls at the moon and another answers from far away. Soon after, the old man removes the pipe from his mouth.
‘Grandson,’ he says. ‘There are two wolves inside you. One is good, the other is bad.’
‘What are they doing there, Grandfather?’ asks the wide-eyed boy.
‘They are fighting each other,’ says the old man.
The boy considers this, then asks, ‘Why are they good and bad?’
‘The good one is your love, your peace and your truth. The bad one is your fear, your anger and your lies.’
The fire crackles and sparks flare in the night. The wolf on the ridge howls again and the old man puffs contentedly on his pipe.
Finally, the boy says, ‘Which one will win, Grandfather?’
‘Ah,’ says the old man, removing the pipe once more. ‘The one that wins is the one that you feed.’

Stop blaming your upbringing, the government, your boss, fate or fortune, God or the devil. Externalizing cause is a habit masters of life abandon as self-defeating.

Yes, even your physical health is caused by your accumulation of subconscious beliefs. This can be terribly difficult to accept—because it suggests that if you catch, say, leukaemia, it’s your fault! But the word is not fault, it is cause. No blame or judgment is appropriate because your most potent beliefs grow in your shadows and your mind usually has no idea of its own potent powers.

You might ask what specific thought, feeling or belief could cause a specific illness. But that would be like asking for a river with many tributaries to come from one spring. It’s only safe to assume that persistent thoughts like I am powerless and I am a victim—compounded by suppressed emotions like anger, hatred, and fear—will inevitably express themselves in your body. It too is your creation.

But perhaps you are wondering: if we get what we focus on, why do we get so much of what we don’t want? That’s because we often focus most passionately on what we don’t want, and our personal universe always grants our greatest passions. That is so important to understand. Always ‘yes’. So if you wish for a million dollars but despair at your poverty, which of those two passions will manifest?

Here’s the most painfully destructive level of creation-belief. That you’re not the creator of your life, but a victim of circumstance. You blame your condition on something other than yourself: God, the stars, fate, birth, parents, lovers, the government, accidents, sickness, the police. You never stood a chance. You are inherently worthless. You are a victim and life is a torment.

If not, try the next level, more evolved: you are sometimes the creator of your life. You can influence some events, but mostly, external forces are too strong to fight. You blame most of your condition on something other than yourself. You take some responsibility for what happens to you. You have some worth, some potential. Life is a struggle with a few highlights.

Here’s the next level: you are mostly the creator of your life. You can influence most events, though sometimes external forces are too great. You take responsibility for most of your actions. You spend little time blaming others for painful events. You are a worthwhile person with faults. You have a lot of potential. Life is an interesting and often enjoyable challenge.

If not, then try this one. The master level of creation-belief is that you are entirely the creator of your life. You are part of the great field of Consciousness—that Being which has many adventures and many faces, including yours. You do not see your Earth character as you, but as your work of art. Your every thought, attitude and action is your choice. You are fully responsible, not only for your creations but for your response to your creations. You never blame or judge others for your experiences. Your inherent worth and potential are vast. Life is an exciting, sometimes surprising, sometimes painful, yet joyous adventure.

Do you see the great irony here? Whatever level of creation-belief you hold you will create the conditions that appear to prove you right. What you believe will be manifest around you.

That is the potency of the first universal truth.

I was once told by my mother—many children get this lecture—not to behave as if the whole universe revolved around me. In fact, it does. Or rather, my universe does. And so does yours. Literally. As quantum physics is beginning to discover, there are an infinite number of universes. Your consciousness projects yours around you, creating all that you know and experience. You are a butterfly in a bubble of your making. Your bubble overlaps with the bubbles of others.

Every direction you head in—body, mind and spirit, and every event and detail—is your creation. You are surrounded by your own finely spun thought, plucking every last detail from the great field of Consciousness.

Become a master. See life not only as your creation, but as your mirror.

What if you could find the nature of reality in a work of fiction?
Finding the Field: an adventure of body, mind and spirit

THE FIRST UNIVERSAL TRUTH: You are the creator of your reality

Flashbacks – Messengers of the past

Usually, what happens now is what we might call „initial worsening”. The inside pressure grows. A tsunami is on its way. Explosion of what had been supressed. That can be quite frightening. […]

How not to get sick – An introduction article

Feel how your body and mind as a whole function as one organism, like a completely synchronized orchestra. Tune in to this frequency of health. Start creating for yourself a field of healing based on the wonderful feeling that health is already inherent in your body. […]

The Science of Epigenetics

The science of epigenetics, which literally means „control above genetics“, profoundly changes our understanding of how life is controled. Environmental influences including nutrition, stress, and emotions, can modify genes without changing their basic blueprint. […] 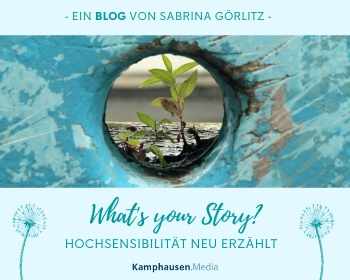 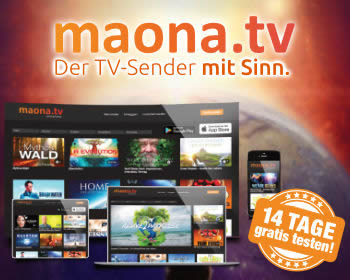 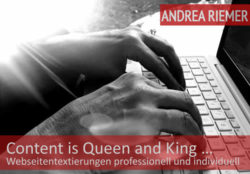